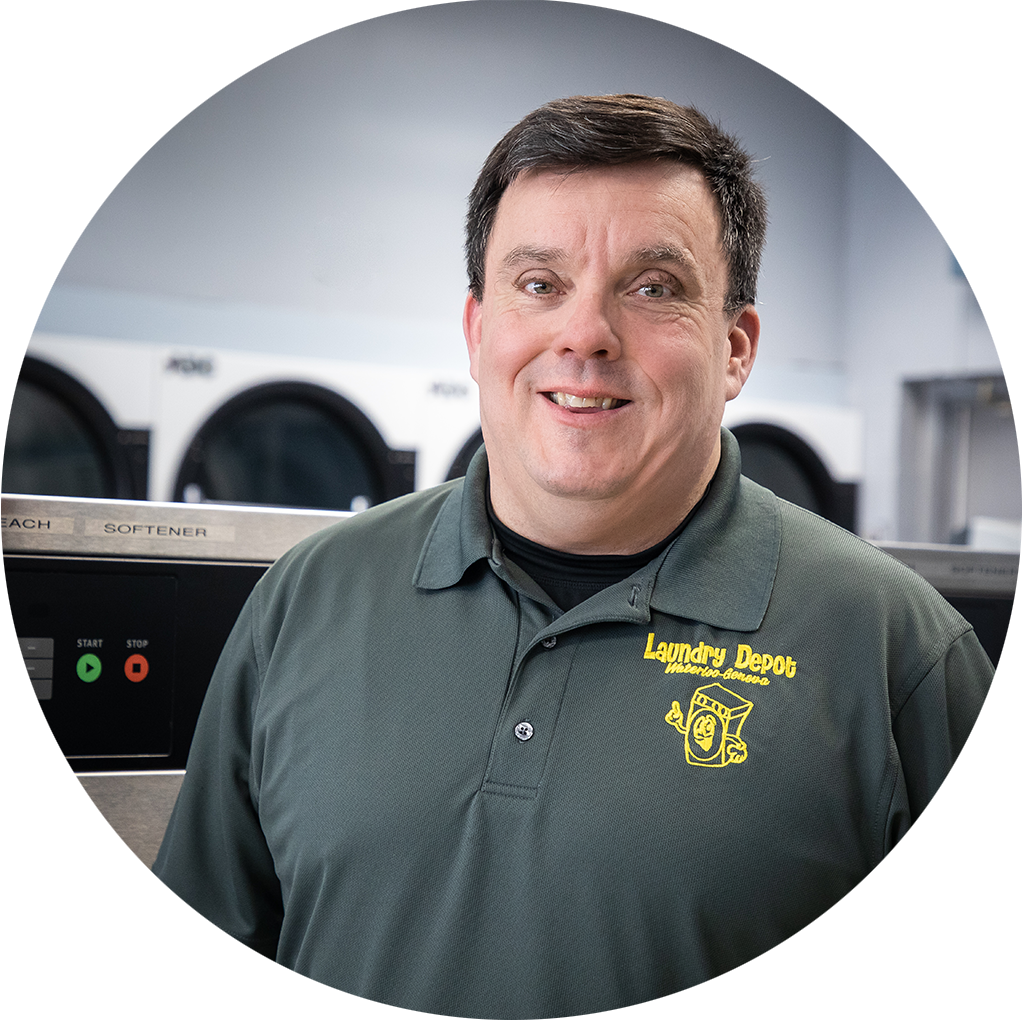 Chuck Hinkel has only been in the laundromat business for five years, but he’s learned a lot in that short time. Since buying his first laundromat he’s been able to double that store’s business, and the business at the second store he bought a few years later. He recently bought a third laundromat and with the help of Maytag Commercial Laundry and his distributor, CSC ServiceWorks, is in the process of making that store just as successful as the other two.

START WITH THE RIGHT SUPPORT

The first lesson Hinkel learned was the importance of surrounding yourself with the right support. Because he was new to the laundromat industry, he depended on the expertise of TJ McEwen, a regional sales manager at CSC, to get his first store up and running.

“It’s been quite a learning curve. I’ve been given good advice and I’ve surrounded myself with good people like TJ and Maytag Commercial Laundry. He taught me a lot about the ins and outs of the laundromat business, percentages of what your utilities should be and what having bigger equipment could do,” he says.

Next was finding the right equipment. “I took a tour of the Maytag facility when I was trying to decide what kind of equipment to buy. That was helpful, to really kind of understand the technology they were implementing. It’s really good quality,” he says.

“The reason I went with Maytag Commercial Laundry is because they have the warranty that really backs up their equipment. Maytag has a five-year warranty on all parts and a 10-year warranty on the motor and in all the main, big parts. So even if you take out a loan to purchase the machines, you know you’re covered on your warranty. You don’t have to worry about big, expensive repairs. They back up their product in a way unlike any other company in the business, in my opinion.”

When Hinkel purchased his third store in December 2020, he put the lessons he learned running his first two stores to work. That meant doing a full retool to install larger capacity machines.

“It was a laundromat that was doing good, but it had potential to do great. There really wasn’t any big equipment. The dryers were old, the washers were old and didn’t have any new technology.”

With just 1,400 square feet of space, capacity and machine mix were key. So he replaced the store’s four 30-pound washers with three 65-pound Maytag Commercial Laundry washers, adding 75 pounds of capacity. Plus, because one cycle in the new washers uses less water than one cycle in the old top-load ones, he was also able to reduce the store’s water consumption.

“Laundromats are like restaurants. The more laundry you can turn over, the more money you’re going to make, ”Hinkel says. “So obviously my capacity grew, but I became way more efficient, too. Instead of customers doing three or four loads, they can put everything in one washer, get it done and they’re out.”

SEE BENEFITS TO THE BOTTOM LINE

Even though the vend price is higher on the new machines, Hinkel’s customers are still saving money thanks to the added capacity.

“In a 65-pound washer, you can do the equivalent of six loads for $7. To do six loads in the top-load washer, you’re going to spend anywhere from $12 to $14,” Hinkel points out. “The laundromat is becoming more efficient and can turn people over quicker. That’s what new machines and new technology offer owners—the ability to increase their business.”

“And since I was able to double my vend price, you can imagine what my bottom line has done.”

Interested in seeing what value the right replacement investment can do for your bottom line? Your local Maytag Commercial Laundry distributor can generate a customized analysis of your store and the potential impact new equipment can have on your store.